$39.99
This product is sold out!
This item has not gone on sale yet. It will be available on Friday, July 15th at 10AM Eastern Time.

Galuda is a biological weapon that connects the Holy Spirit and humans through alchemy and mechanical engineering. Espgaluda II is on a region-free physical cart for the Nintendo Switch. This is an open pre-order for a limited time. 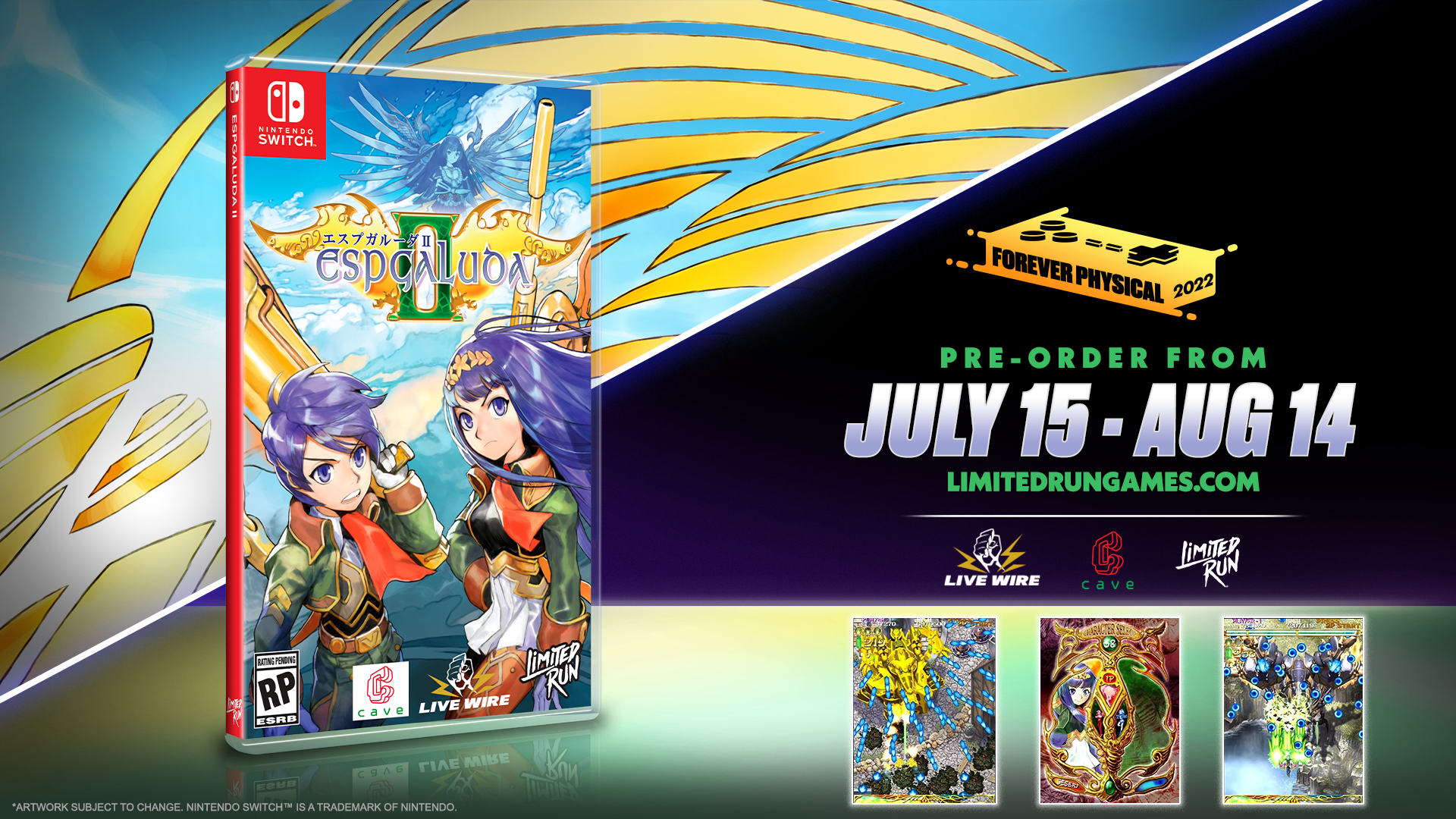 Galuda is a biological weapon that connects the Holy Spirit and humans through alchemy and mechanical engineering.

The military nation "Shinra", which gained the power of Galuda, was destroyed by the two Galuda "Ageha" and "Tateha" that they created.

Three years have passed since that war.

After an experiment that touches on contraindications, "Soma" has artificially acquired Galuda's abilities.

And the only Galuda who was born, "Asagi" who was the assassin of King Soma.

"Tsubame" and "Janome" who are also artificial Galuda and prince and princess of Soma country chasing Asagi.

Then, Ageha and Tateha head to rescue Asagi to stop the tragedy.

The battle with the true Galuda and the built Galuda is about to begin.

The ultimate power to bring out the true power of Galuda, "Ascension" and "Awakening Death World".

At the time of Ascension, the characters and genders of the main characters are changed in order to bring to the surface the personality and appearance of the fused "Holy Spirit."

When activated, it develops a barrier and delays the time it flows to the outside world, so the scroll speed of the screen and the speed of enemy aircraft and bullets are extremely reduced.

Therefore, even beginners can easily avoid high-speed bullets and dense barrage, and advanced players can earn a large amount of scores, which is an integrated offensive and defensive game system.