Enclave HD is on a region-free physical cart for the Nintendo Switch. This is an open pre-order for a limited time. 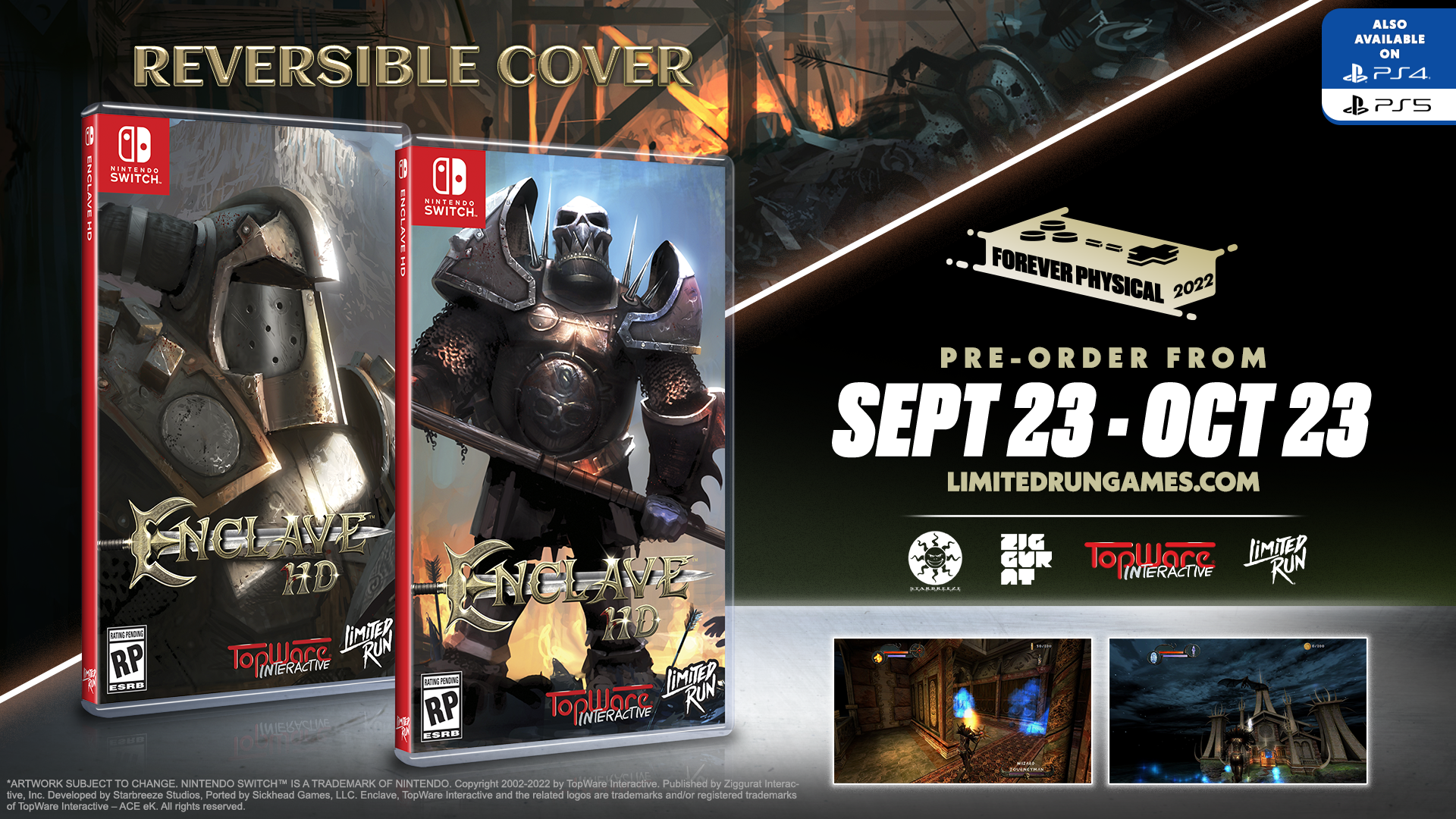 This classic returns to consoles for the first time in nearly a decade! Fight in a dual campaign during the Great War of Celenheim in this enhanced and upgraded version of the beloved medieval action combat game.