Tiny Metal Ultimate  is on a region-free physical cart for the Nintendo Switch. 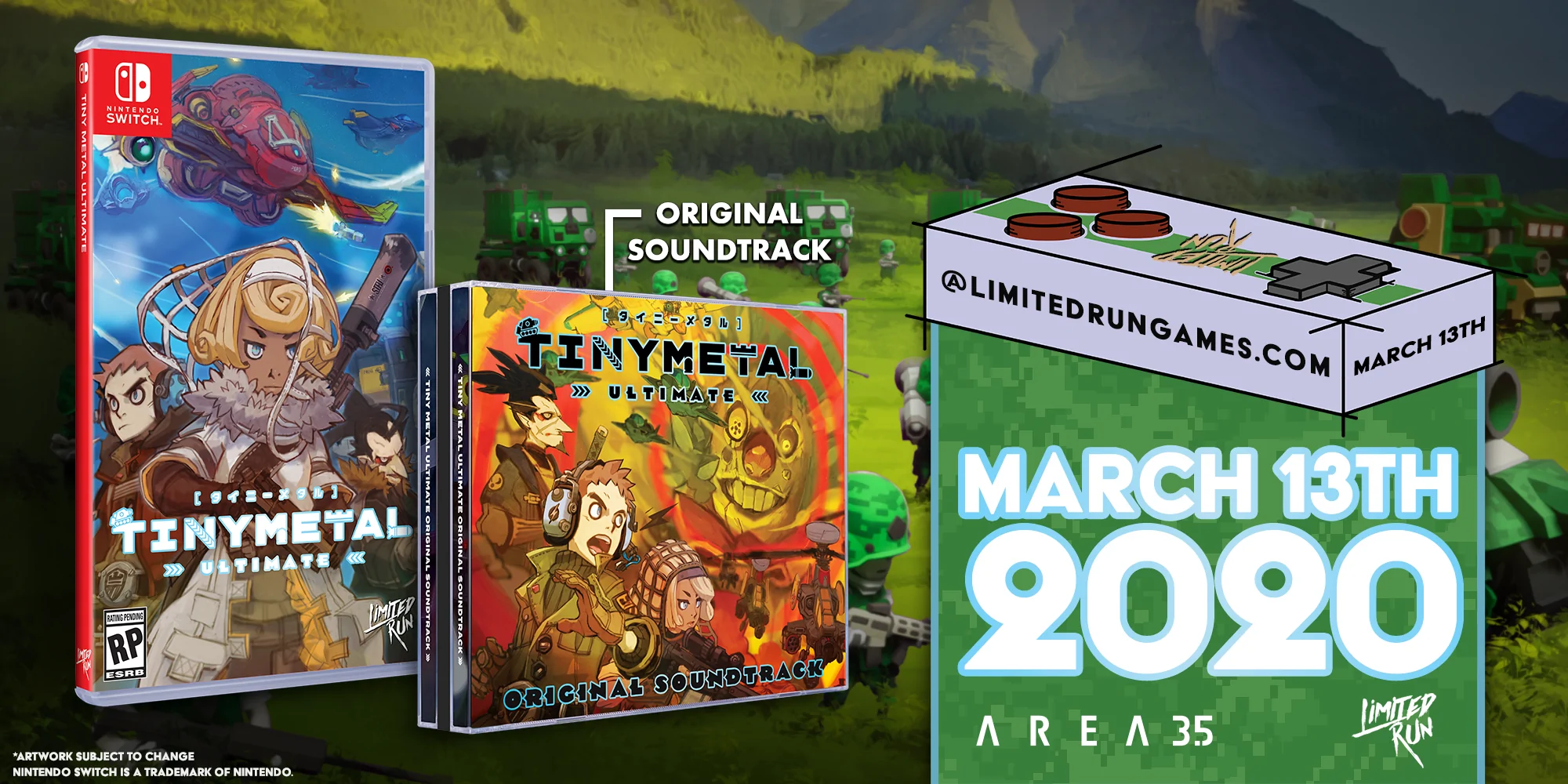 A turn-based strategy game of intrigue with a distinct Japanese flavor that takes place in the aftermath of your king's assassination.

Roll out the tanks, create more troops, expand your squad, and struggle for territory with war-room levels of control!

Outfight the enemy with your own army of foot soldiers, tanks, helicopters, tactical vehicles, and fighter jets. Capture rival territories and extend your military power over the sprawling map of Zipang. Follow the gripping story of Nathan Gries and answer for yourself what is -- and what isn't -- worth fighting for.

Inspired by turn-based strategy games of the past, TINY METAL takes the finely honed gameplay of classical Japanese war gaming and brings it into the modern era with great graphics, 15 unique units, and never-before-seen gameplay mechanics. TINY METAL is the Japanese arcade war game you wish you had as a kid.

TINY METAL marks its return with FULL METAL RUMBLE packed to the brim with bigger, better, and more metal content. A new engrossing wartime narrative and beloved tactical gameplay return as TINY METAL: FULL METAL RUMBLE revisits the core of what made the first franchise entry a beloved and intense, turn-based strategy experience.

TINY METAL: FULL METAL RUMBLE follows a familiar face but new protagonist, the fiercely independent leader of the White Fangs, Commander Wolfram. Search for her brother and stage defenses on multiple fronts against the Dinoldans to stop their excavation of dangerous, ancient technology and restore peace to a land ravaged by the horrors of war.

FULL METAL RUMBLE cranks things up a notch from the original TINY METAL, offering 77 skirmish maps, 21 of which are available for intense multiplayer showdowns. An expanded army fields more than 21-unit types, with additional Hero and Commander units, to lead into battle across 39 campaign missions. The addition of bonus challenge conditions on every map encourages commanders to fight for goals outside of the main objective. Four new difficulty modes enable veterans and recruits alike to find thrills in the heat of battle

AREA35 has crafted an engaging world with rich history, adding intrigue to every firefight. The writing talent of Hiro Inaba and composing genius of Tomoki Miyoshi bring the characters, world, and action to vibrant life.