Bloodstained: Curse of the Moon 2 is on a region-free physical cart for the Nintendo Switch. This is an open pre-order for a limited time. 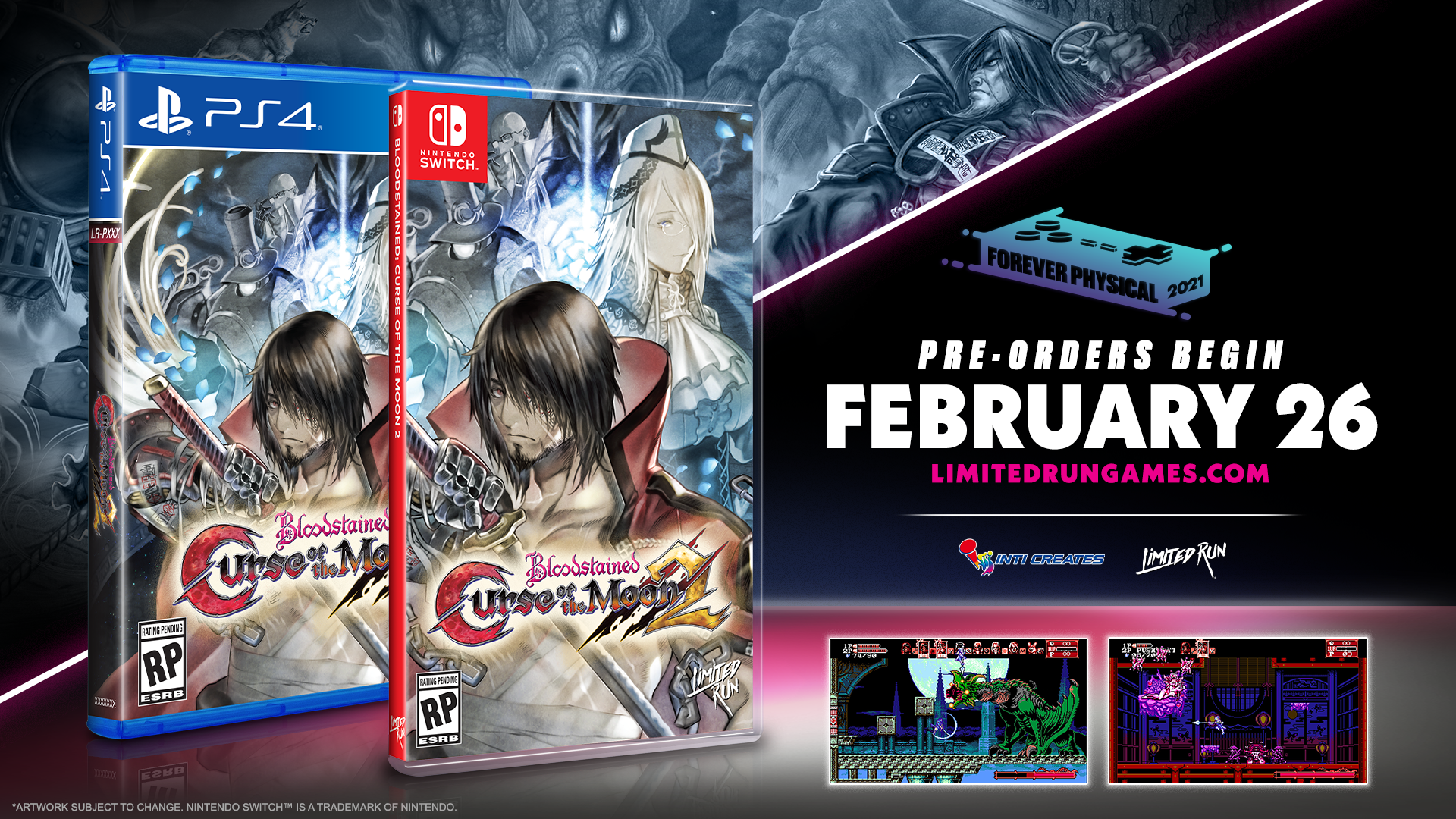 Players can also create demon hunting duos in 2-player local co-op, available for the first time in the series! Work together with a friend, mix and match the strengths of two different characters, and conquer stages in tons of new and exciting ways.