The THE KING OF FIGHTERS 2000 soundtrack on 2 150g colored records (transparent red and transparent blue).

This item is limited to 300 copies 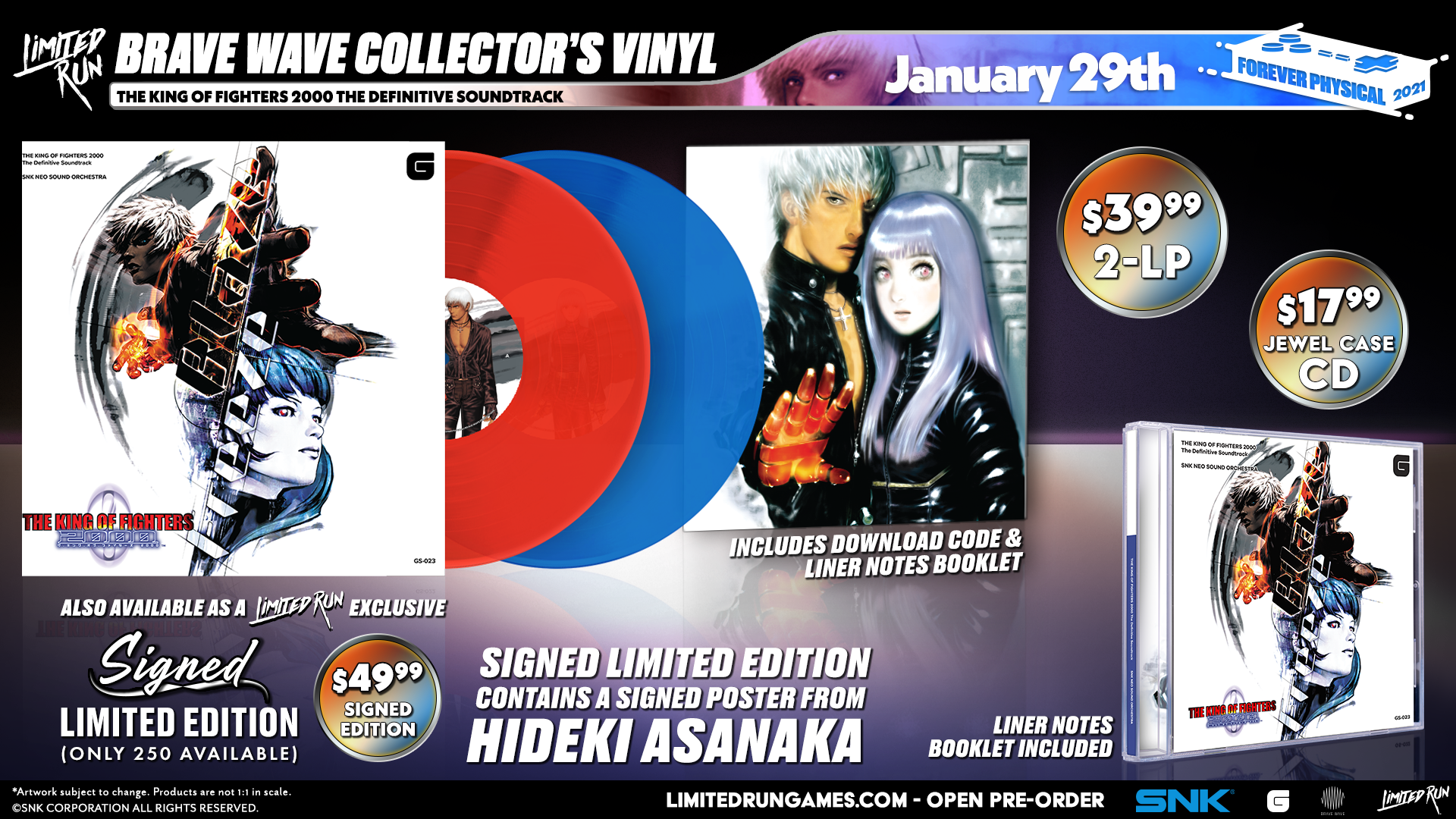 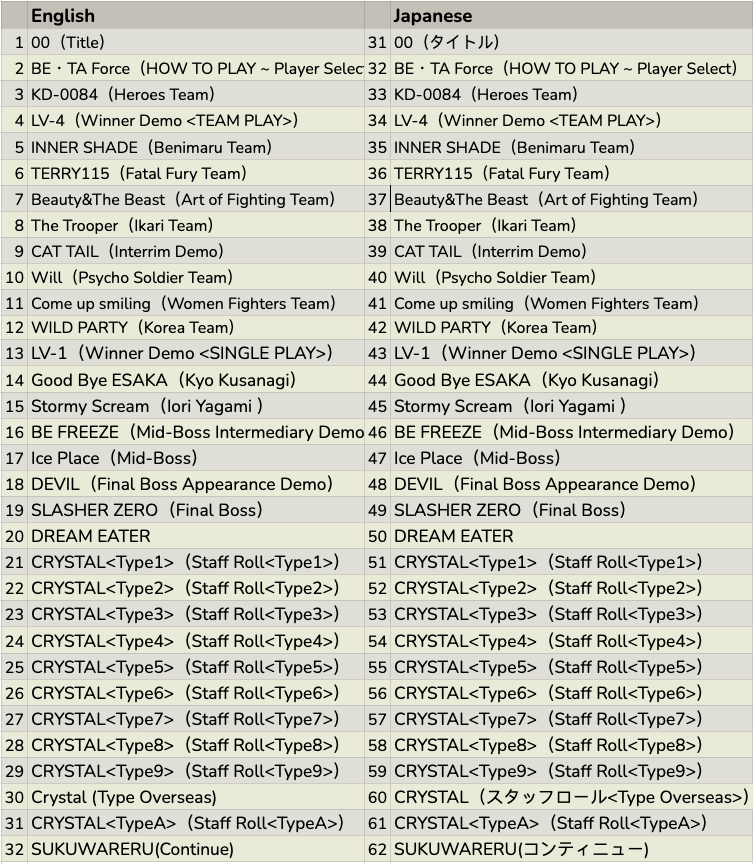 THE KING OF FIGHTERS 2000 soundtrack was composed by SNK veteran Hideki “sha-v” Asanaka as part of SNK NEO SOUND ORCHESTRA. As a Generation Series release, the KOF 2000 soundtrack will feature newly remastered analog and digital tracks, as well as a booklet containing archival artwork and liner notes by Asanaka.