The THE KING OF FIGHTERS 2002 soundtrack on 2 150g colored records. This signed edition by Eisuke Ogura 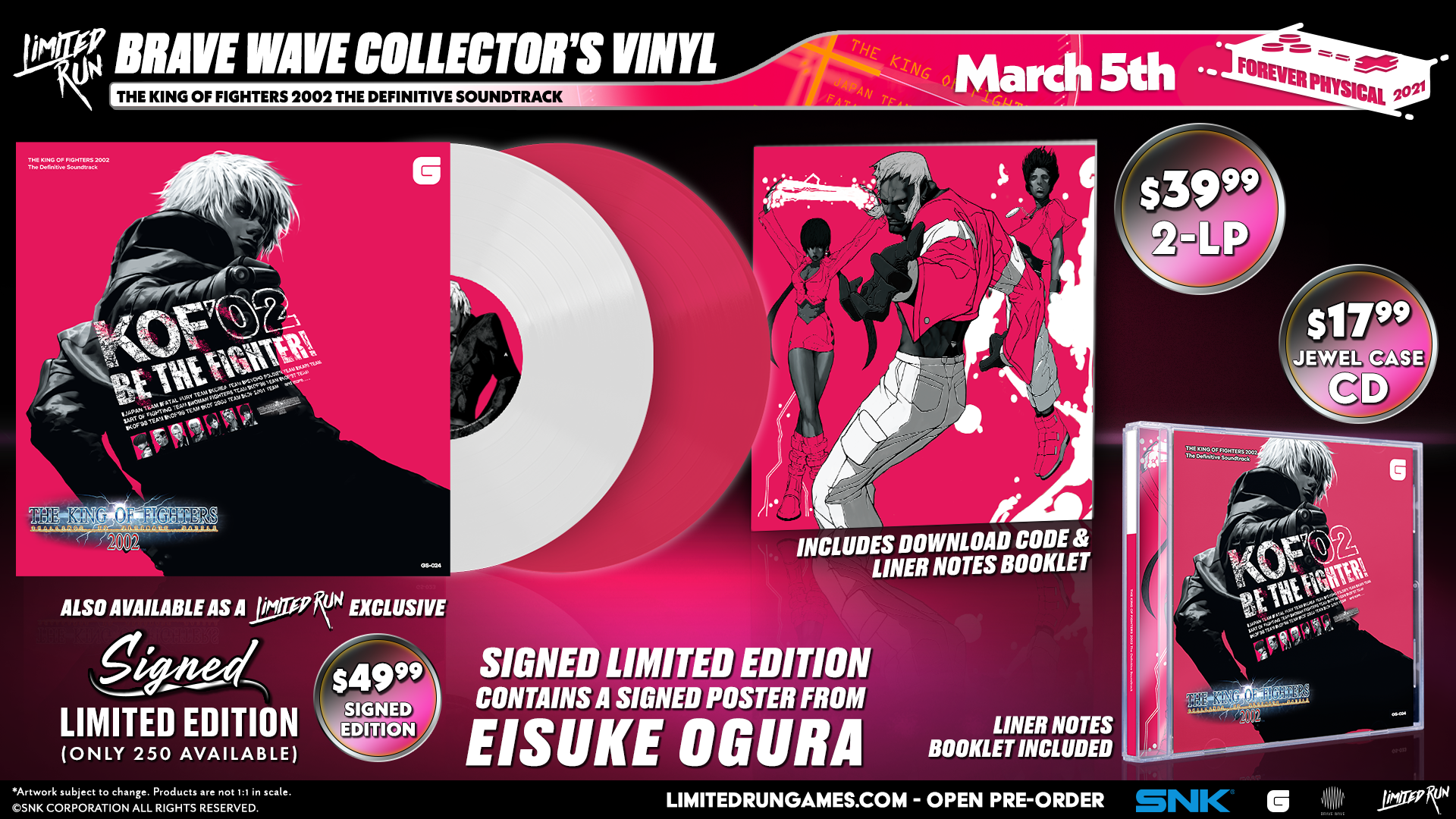 The THE KING OF FIGHTERS 2002 soundtrack on 2 150g colored records. This edition is signed by Eisuke Ogura 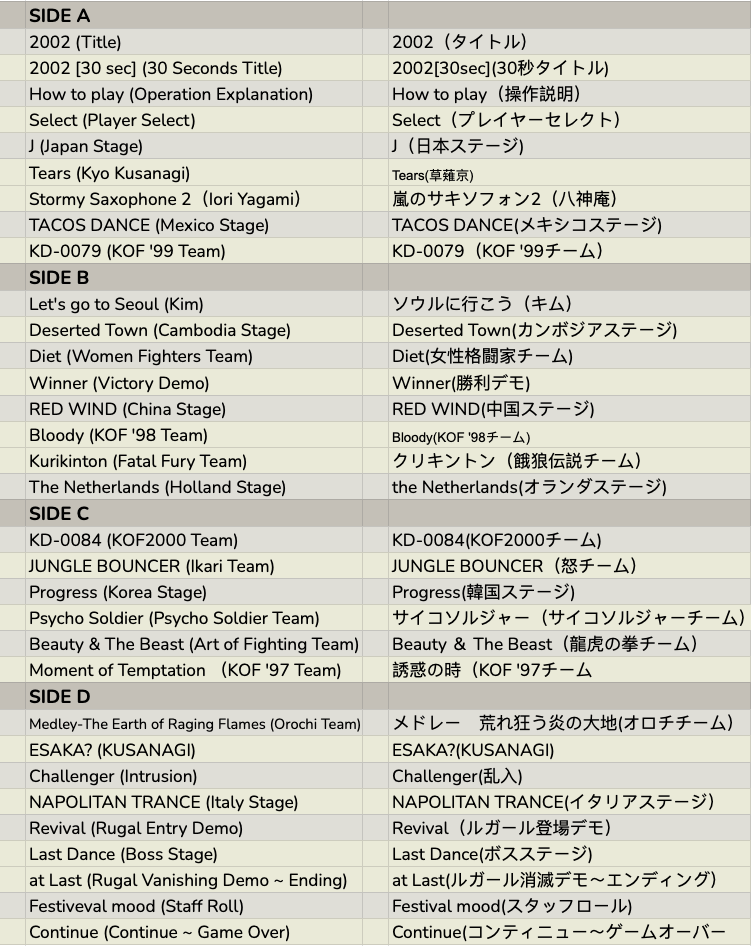 The 9th entry in the KOF series. In this tame, the “Striker System” is replaced by creating teams for the comeback of the “3-on-3 Battle Mode”.

THE KING OF FIGHTERS 2002 soundtrack was composed by M.Hataya and TATE-NORIO, former members of the SNK NEO Sound Orchestra. As a Generation Series release, the THE KING OF FIGHTERS 2002 soundtrack will feature newly remastered analog and digital tracks, as well as a booklet containing archival artwork and liner notes by former development team members.