Assemble a bold team of adventurers and journey through the desert-wilderness. Outwit foes in strategic squad combat and locate ancient treasures before they fall into the wrong hands! Pathway is on a region-free physical cart for the Nintendo Switch. This is an open pre-order for a limited time. 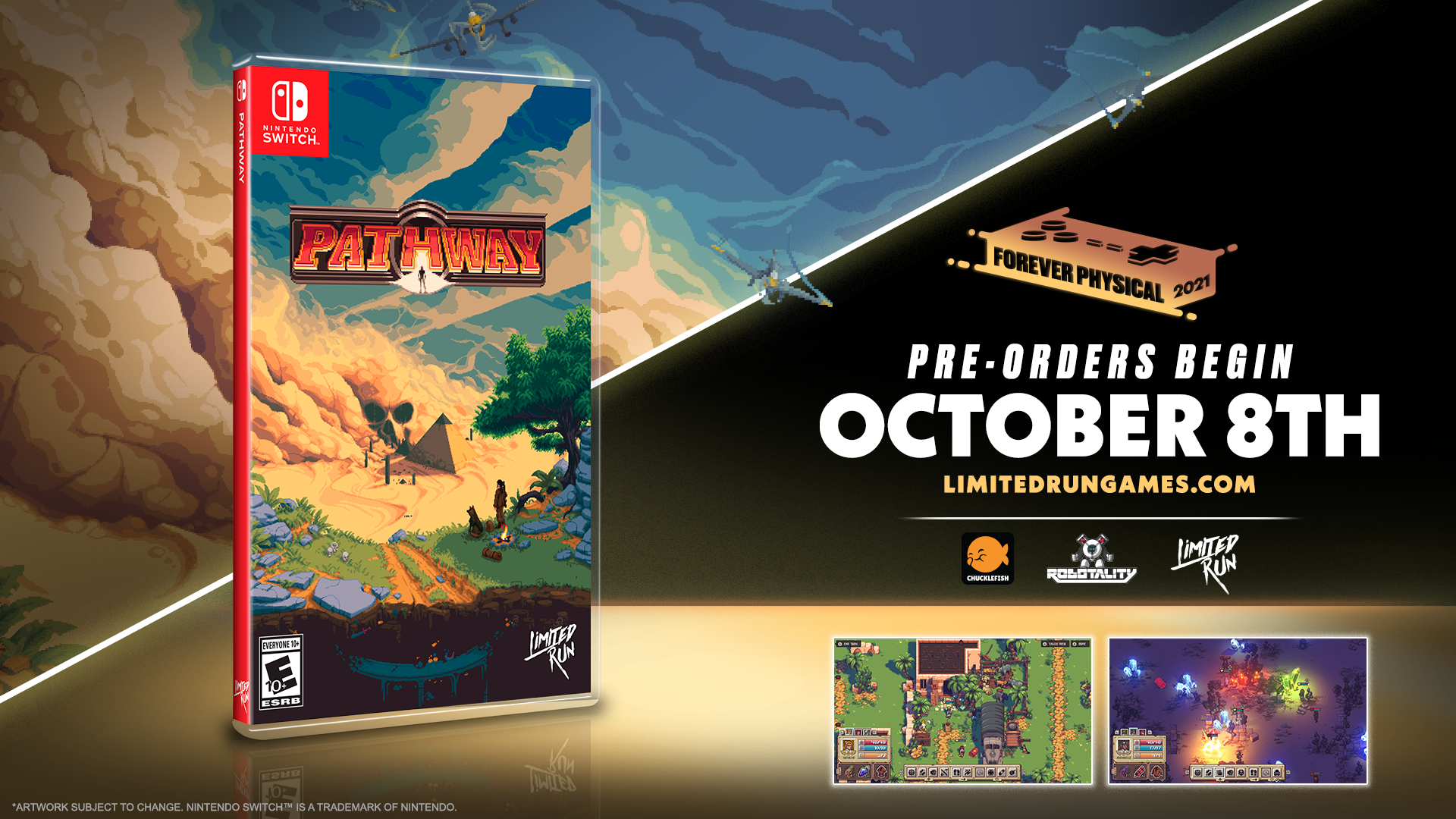 A rip-roaring adventure into the unknown...

In 1936, Nazi influence has spread, along with rumours of secret excavations, mysterious artefacts, and gruesome occult rituals... Assemble a bold team of adventurers and journey through the desert-wilderness. Outwit foes in strategic squad combat and locate ancient treasures before they fall into the wrong hands!

TOUGH CHOICES - Encounter hand-crafted story events. Search the well? Save the villagers? It's up to you!

DECISIVE CONFLICTS - Use cover and positioning in exciting turn-based squad combat. Learn to make the best use of your team's abilities and equipment in order to defeat the enemy!

BUILD YOUR TEAM OF ADVENTURERS - Each of Pathway’s 16 unlockable characters has their own set of skills and quirks which can impact combat and story encounters.

HIDDEN TREASURES - Trade-in your high-value loot in order to upgrade your team's arsenal with increasingly rare weapons and armour.

RECOVER & REPLAY - Experiment with different team combinations until your foes have been vanquished!